HookME is an API based TCP Proxy software designed for intercepting communications by hooking the desired process and hooking the API calls for sending and receiving network data (even SSL clear data). HookME provides a nice graphic user interface allowing you to change the packet content in real time, dropping or forwarding the packet. 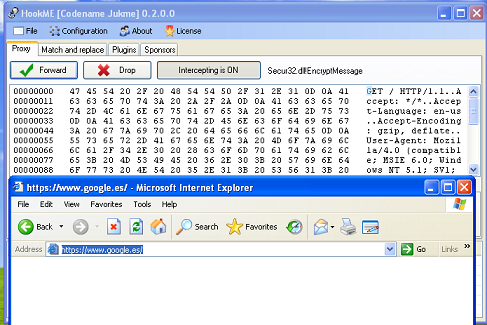 It also has a Python plug-in system to extend the HookME functionality.

It can be used for a lot of purposes such as: