The Samurai Web Testing Framework (AKA SamuraiWTF) is a live linux environment that has been pre-configured to function as a web pen-testing environment. The CD contains the best of the open source and free tools that focus on testing and attacking websites. In developing this environment, the authors have based the tool selection on the tools they use in our security practice. 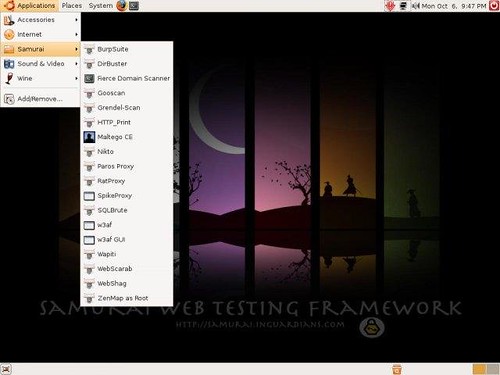 SamuraiWTF includes the tools to carry out all four steps of a web pen-test.


This CD also includes a pre-configured wiki, set up to be the central information store during your pen-test.

We’ve reported on Samurai Web Testing Framework since way back in 2006 when it first hit the scene with 0.3.

There’s been a lot of changes with the recent 3.x public release, a lot of clean-up work has been done and the underlying OS has finally been updated to Ubuntu 14.04 LTS (yay).

The major version number will be tied to the Ubuntu LTS release cycle (every 2 years with support for 5 years), so SamuraiWTF 4.0 will be on Ubuntu 16.04 LTS. Then there will be quarterly dot releases, so we should be hitting 3.2 soon (end of this month according to the schedule) but here’s 3.1 for now.