So some curious hardware hackers grabbed the leaked catalogue that detailed the hardware involved in the NSA Snooping Kit, and have recreated some of the ‘high-tech’ top secret tools with off-the-shelf parts and items that can be bought from Kickstarter.

I mean some of it seems pretty simplistic though, a monitor mirror and a hardware keystroke logger? Nothing ground-breaking there. 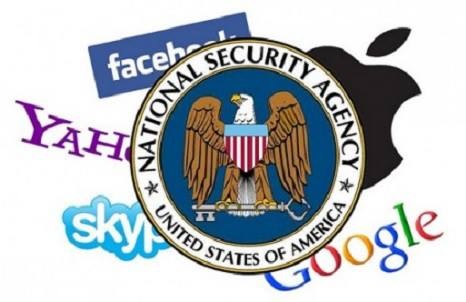 The Catalogue itself can be found here:

The project itself is open, so if you’re into hardware hacking you could have a look and perhaps even contribute something.

The team, led by Michael Ossmann of Great Scott Gadgets, examined the leaked catalog and found that a number of the devices the NSA developed can be very simple to recreate.

Ossmann was able to build a software-defined radio (SDR) system capable of recording and transmitting data from a target PC using a Kickstarter project, and reckons the hardware can be bought to market for $300 or less.

“SDR lets you engineer a radio system of any type you like really quickly so you can research wireless security in any radio format,” he told New Scientist.


It’s not often we get something interesting regarding hardware hacking, the last time something really interesting popped up was the story about the Researchers who Cracked 4096-bit RSA Encryption With a Microphone.

This project is in early days though, so I’m sure we’ll see some more interesting items coming out of it in the coming months.

Ossmann also said he was able to build two devices from the NSA’s catalog using little more than a few transistors and a two-inch length of wire as an antenna. These mimic the NSA products Ragemaster (a plug that sits on the monitor cable of a computer and broadcasts screen images) and the Surlyspawn keystroke logger, but at a fraction of the cost the government gets charged.

In a presentation at the Hack In The Box conference in Amsterdam this May, Ossmann detailed some of his creations and the methods he and his team used to build them using off-the-shelf components. These devices aren’t as small as the NSA’s hardware, but are just as effective, he said.

The team has now set up a website, NSAPlayset.org, detailing the different spying products they have reverse-engineered, and more details will be given out at presentations at the DEFCON hacking conference being hosted in Las Vegas in August.

Ossmann’s goal isn’t to help hackers conduct their own spying operations, nor to make it easier for the government to get low-cost surveillance hardware. While he has developed tools for the federal government, the goal of this project is to help the security industry understand the range of threats it should be protecting against.

It’s also possible they’ve already developed more devices, but are saving them for future stops on the infosec conference circuit. It does mention DEFCON and some more stuff will be released there in August.