So Linux Live CDs based around hacking or penetration testing used to be a super big deal, they died down a bit in the last few years. The king of the hill back in 2011 used to be BackTrack and the last time we mentioned it was when BackTrack 5 came out.

This article is our second most viewed of ALL TIME – 10 Best Security Live CD Distros (Pen-Test, Forensics & Recovery) – perhaps it’s time we do an updated list.

And we covered BackTrack since it first started in 2006, when it was a merger between 2 other distros – Whax and Auditor (anyone remember that far back?).

Kali Linux is the new generation of the industry-leading BackTrack penetration testing Linux distribution also good for security auditing. Kali Linux is a complete re-build of BackTrack from the ground up, adhering completely to Debian development standards. 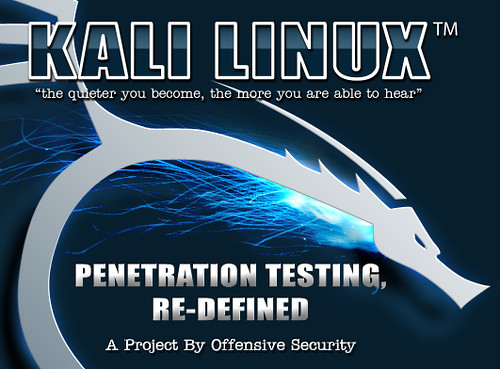 So yah, it seems like every implementation of TLS is broken and some may say this Microsoft Schannel vulnerabilty is actually worse than Heartbleed. Why is it worse you ask? Because it allows remote code execution, which honestly – is about as bad as it gets. 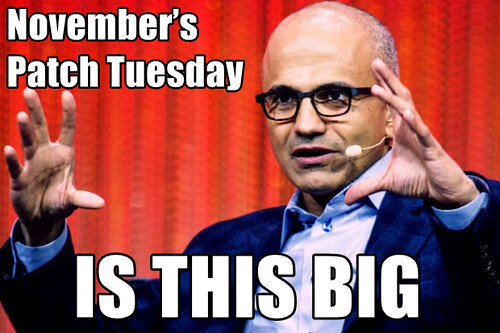 This is a critical update, a really, really critical patch that must be applied ASAP to all Windows machines. Fortunately there doesn’t seem to be a live exploit in the wild being used, but that doesn’t mean someone doesn’t have one.

Patch Tuesday this month is a genuinely huge (and rather important) set of updates.

Microsoft has been forced to issue a critical patch for a vulnerability that affects every current version of its Windows operating system.

A flaw in the code means it fails to properly filter specially formed packets allowing hackers to execute code remotely on an affected Windows machine.

Microsoft said that it “had not received any information to indicate that this vulnerability had been publicly used to attack customers”.


This could potentially wreak havoc if someone codes it into a worm or mass botnet exploit which self replicates, as I imagine we have about a week or so before a live exploit is reverse engineered from the patch.

And then boom, anyone who hasn’t patched (which unfortunately, as we know is going be a lot of people) is going to get popped.

Security researchers said exploitation of the SChannel bug has the potential to be worse than Heartbleed and Shellshock combined due to the large numbers of affected systems.

“Heartbleed was less powerful because it was ‘just’ an information disclosure bug and Shellshock was remotely exploitable only in a subset of affected systems,” said Craig Young, security researcher at Tripwire.

“Some administrators may want to prioritise this over the Internet Explorer patch even though we’ve seen attacks we’ve seen in the wild against the browser. This is because MS14-066 has the potential to be exploited without user-interaction,” he said.

Young added that exploitation of the bug would be “tricky”. “Hopefully, this will give admins enough time to patch their systems before we see exploits.”

Just last week, Microsoft was preparing a slew of updates to its products with 16 patches to fix critical flaws in Windows and Internet Explorer.

It seems from some sources too that it’s not just one vulnerability, but a whole set which has been mentioned by Cisco/Talos here:

It seems like it was internally found during a proactive security assessment, which is a good sign and means a more secure Microsoft environment for us in the future. We shall have to keep a close eye on this and see if the Windows World explodes.

Radare started out as a simple command line interface for a hexadecimal editor supporting 64 bit offsets to make searches and recovering data from hard-disks. It has evolved into a project that is composed of a hexadecimal editor as the central point of the project with assembler/disassembler, code analysis, scripting features, analysis and graphs of code and data and easy unix integration. Essentially, it has become a reverse engineering framework, with plugins and much more.

radare2 itself is the core of the hexadecimal editor and debugger. Allows to open any kind of file from different IO access like disk, network, kernel plugins, remote devices, debugged processes and handle any of them as if they were a simple plain file. 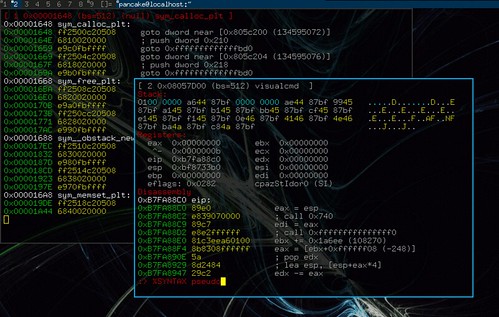 Or read more here – the author can be found on Twitter here @trufae. 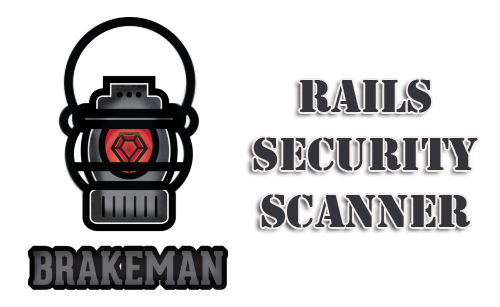 The only other Ruby-centric tool we’ve covered is:

If you are interested in more tools of this type you can find our complete list here (which covers various languages) – Code Auditing Tools.

Brakeman requires zero setup or configuration once it is installed. Just run it.

Because all Brakeman needs is source code, Brakeman can be run at any stage of development: you can generate a new application with rails new and immediately check it with Brakeman.

Since Brakeman does not rely on spidering sites to determine all their pages, it can provide more complete coverage of an application. This includes pages which may not be ‘live’ yet. In theory, Brakeman can find security vulnerabilities before they become exploitable.

Brakeman is specifically built for Ruby on Rails applications, so it can easily check configuration settings for best practices.

Each check performed by Brakeman is independent, so testing can be limited to a subset of all the checks Brakeman comes with.

While Brakeman may not be exceptionally speedy, it is much faster than “black box” website scanners. Even large applications should not take more than a few minutes to scan.

Using Bundler, add to development group in Gemfile and set to not be required automatically:

Facebook started out blocking users of the Tor network in 2013, but have recently had a change of mind and now Facebook allows Tor access to the site even providing a special .onion address for users of the network to directly connect to Facebook infrastructure. 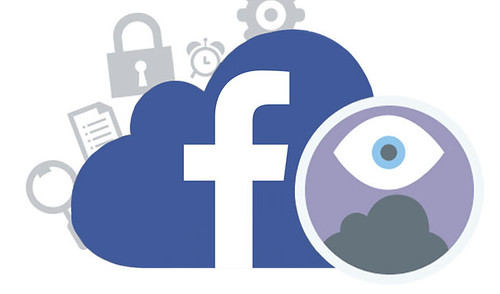 It’s an interesting decision as many of the Facebook ‘security controls’ will fail due to a Tor users appearing to come from many different geographical locations during one browsing session.

Facebook has changed its stance on Tor traffic and will now provide users with a way to connect to its free content ad network using the anonymizing service.

The company said that it will now offer a special URL – https://facebookcorewwwi.onion – that will allow users running Tor-enabled browsers to access the service.

Facebook had previously blocked Tor access, citing security concerns and the possibility that Tor could be used to conduct attacks on its servers.

The social network said back in 2013 that it would work with Tor on a possible solution. Now, more than a year later, it seems one is at hand. Even as it launched of the Tor access address, however, Facebook acknowledged that the Tor network poses some risks.

“Tor challenges some assumptions of Facebook’s security mechanisms – for example its design means that from the perspective of our systems a person who appears to be connecting from Australia at one moment may the next appear to be in Sweden or Canada,” Facebook senior engineer Alec Muffett said in announcing the move.

There’s still a major issue with this though, as you can see in the comments, Facebook still only has a front end based around JavaScript (the mobile interface doesn’t work via the Onion address) – which is a big no-no for the privacy paranoid Tor users.

“In other contexts such behavior might suggest that a hacked account is being accessed through a ‘botnet’, but for Tor this is normal.”

The company said the service would also use SSL atop Tor with a certificate that cites the unique Tor address. This, the company said, will allow Tor to maintain a secure connection and prevent users from being redirected to fake sites.

“The idea is that the Facebook onion address connects you to Facebook’s Core WWW Infrastructure – check the URL again, you’ll see what we did there – and it reflects one benefit of accessing Facebook this way: that it provides end-to-end communication, from your browser directly into a Facebook datacentre,” Muffett said.

Those who are privacy conscious may still want to note, however, that measures such as Facebook’s controversial “Real Name” policy remain in effect.

The fact it’s running over SSL is a good move too as a Tor user, it means your connection is direct and encrypted right into the Facebook datacenter. Although what you are doing on Facebook that’s so critically important and needs protecting – I really don’t know.

Either way, it’s a cool move from Facebook and we’ll be watching to see what else they come out with.