I mean other than any leaky fiat exchange process (most of which do require proper registration using passport/ID etc), but now it seems there is a way. 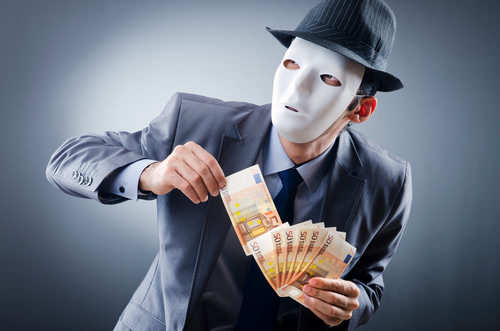 It seems like 11% of Bitcoin transactions can be ‘unmasked’ fairly easily, without any sign that it’s happening. Unmasking in this context meaning linking the transaction in the blockchain to a public IP address.

The cyber-libertarian poster-child Bitcoin, meant to usher in a new age of anonymous transactions, is rubbish at protecting users’ IP addresses according to research from the University of Luxembourg.

In this Association of Computing Machinery (ACM) conference paper by Alex Biryukov, Dmitry Khovratovich and Ivan Pustogarov of the Laboratory of Algorithmics, Cryptology and Security, “few computers” and a budget of €1,500 per for servers and traffic charges should be enough to start unmasking users’ addresses with as much as 60 per cent accuracy.

If an attacker needed to be stealthy, their success rate would drop to 11 per cent.

In what they call “a generic method to deanonymise a significant fraction of Bitcoin users and correlate their pseudonyms with public IP addresses”, the authors say clients can be uniquely identified by their “entry nodes”, and that these identify the origin of the transaction.


With a small amount of resources (in terms of servers, storage and bandwidth) the attacker (or in this case, researcher) can unmask up to 60% of user IP addresses using entry nodes.

Obviously using something like TOR could protect against this, but even then they can reject TOR connections (But that’s very likely to be noticed in this privacy sensitive part of the Internet).

“In a concrete example, an attacker with a few GB of storage and no more than 50 connections to each Bitcoin server can disclose the sender’s IP address in 11 per cent of all transactions generated in the Bitcoin network”, the paper claims.

Even more scary: the boffins reckon they can identify users behind NAT firewalls – and think their attack could be extended to other P2P networks.

The key phase of the researchers’ attack includes four steps:

The paper notes that TOR would protect against this, but that, too, can be defeated if the attacker is willing to take a risk: Bitcoin servers can be prohibited from accepting TOR connections, but refusing those connections would be noticed.

Also likely to be noticed: to get their 60 per cent deanonymisation rate, the attackers noted, required “a slight DoS of the network”.

On a positive note (if you’re a cryptocurrency fan), is that this shows that Bitcoin is gaining traction with academics spending their effort looking into it. I’m glad these kind of issues are being uncovered, I just hope they get addressed by the core dev team.

Interesting times ahead I reckon.

One Response to Bitcoin Not That Anonymous Afterall