If you’ve been up on your news consumption in the past week or so, you’ll have read about the Chinese hackers who managed to access 4.5 million patient records in a huge US Hospital Leak. 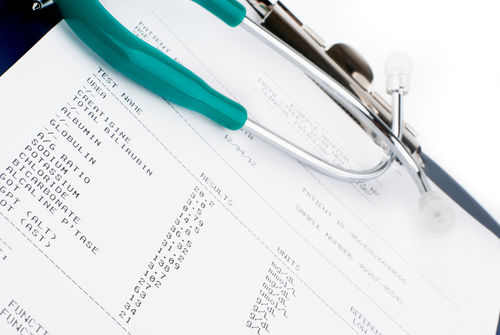 Now it turns out, the first entry for this attack was via the Heartbleed bug – which should have been fixed months ago.

The Heartbleed flaw is responsible for the high-impact US hospital hacking attack disclosed this week, an unnamed investigator told Bloomberg.

As many as 4.5 million patient records have been exposed in an attack against Community Health Systems, a US hospital group that manages more than 200 hospitals.

China-based attackers stole millions of records which included data such as patient names, Social Security numbers, addresses, birth dates, and phone numbers after breaking into systems. No medical records nor any financial data was exposed by the nonetheless damaging breach, which CHS admitted had taken place between April and June as part of a regulatory filing.

A person “involved in the investigation who wasn’t authorised to comment publicly” blamed the Heartbleed OpenSSL bug for giving hackers a way into healthcare networks, an assessment backed up by a statement by a US security consultancy with a track record in accessing the IT security of government healthcare projects.

“The initial attack vector was through the infamous OpenSSL ‘Heartbleed’ vulnerability which led to the compromise of the information,” according to security consultancy TrustedSec, which was the first to comment on the reported cause of the breach.


It seems like the actual medical records themselves were safe and didn’t get stolen, but pretty much everything else about the patients was taken – including Social Security Numbers, which can be quite valuable.

Honestly, it’s quite sloppy, unpatched Juniper devices on a fairly critical network – they grabbed the VPN login credentials using Heartbleed, and well then I assume they were basically in a giant LAN with all 290 hospitals and they could cherry pick what they wanted.

“This confirmation of the initial attack vector was obtained from a trusted and anonymous source close to the CHS investigation. Attackers were able to glean user credentials from memory on a CHS Juniper device via the Heartbleed vulnerability (which was vulnerable at the time) and use them to login via a VPN,” it added.

“From here, the attackers were able to further their access into CHS by working their way through the network until the estimated 4.5 million patient records were obtained from a database,” it said.

David Kennedy, TrustedSec’s founder and principal consultant, worked at the National Security Agency and the United States Marines in cyber warfare and forensics analysis prior to moving into the private sector. Last November, he testified before Congress on the security shortcomings of HealthCare.gov. So while not directly involved, TrustedSec is a credible commentator on healthcare-related security issues and Kennedy seems connected enough to get the early drop on problems in this area.

Community Health Systems has reportedly hired Mandiant to handle the security response and cleanup necessary in the wake of the breach.

The Heartbleed security bug, first publicly disclosed in early April, stems from a buffer overflow vulnerability in the Heartbeat component of OpenSSL. The vulnerability meant all manner of sensitive data – including encryption keys, bits of traffic, credentials or session keys – might be extracted from unpatched systems.

Back in April we did write about the Royal Canadian Mounted Police Arresting a Heartbleed Hacker. So there were some real hacks executed using Heartbleed, but this one on CHS is a whole new level.

It just makes me wonder what other major governments or organisations have been hacked in similar ways, and don’t even know about it.