There has been a lot of back and forth between the US government and China when it comes to cyber-terrorism or cyber-espionage, valuable secrets being sought out by both sides. For political and commercial purposes, and if you’ve watched any movies lately you’ll know the ‘China Hackers’ are almost super human. 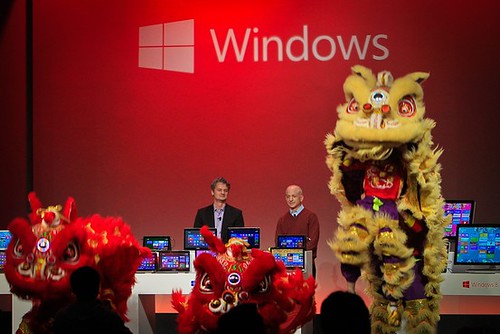 This time the Chinese government has targeted Microsoft China across all 4 regional offices as a part of a currently unnamed, unknown investigation.

A Microsoft spokesperson has confirmed its four offices in China have been raided as part of a surprise investigation by government officials most likely related to US-Chinese cyber tensions.

Both the US and Chinese governments have been engaging in tit-for-tat claims of cyberespionage, particularly when it comes to corporate affairs, and now China is looking to investigate one of the US’s largest tech companies to determine whether it is working with the US government to spy on its citizens and companies.

According to Reuters, the four Chinese offices Microsoft operates are in Beijing, Shanghai, Guangzhou and Chengdu. Tensions appeared to have eased somewhat when Microsoft announced last April it was about to begin selling the Xbox One gaming console in China, the first US gaming console allowed to be sold in the country in more than a decade.


Microsoft is obviously being very PR about the whole thing, and most analysts felt the situation was fairly good since the announcement that that Xbox One will be sold in China.

So really, a console can solve political tension and US-China digital conflict? Why didn’t we know that earlier!

The Microsoft spokesperson admitted the inspection was a surprise and did not go into the specifics of why it had been instigated.

“We aim to build products that deliver the features, security and reliability customers expect and we’re happy to answer the government’s questions.”

Despite its progress with the Xbox One, the Chinese government last May has increased its weariness of the Windows operating system, having requested that all of its central government offices must not use Windows 8 on new computers.

I’m not sure if any more news of this will come out, as this things tend to be fairly rapidly brushed under the carpet. But we shall keep an eye out and see if the Chinese government really have their heart set on disrupting Microsoft China.