This is actually a pretty good hack and a good use of the word hacking in the original sense, two curious teenagers managed to access the administrator mode of an ATM in Winnipeg, Canada by using the default password they found in a manual they downloaded online.

Ingenious and pretty forward thinking, I like the fact they were responsible about it too and headed to the branch to let them know there was an issue with the security of their ATM machines. 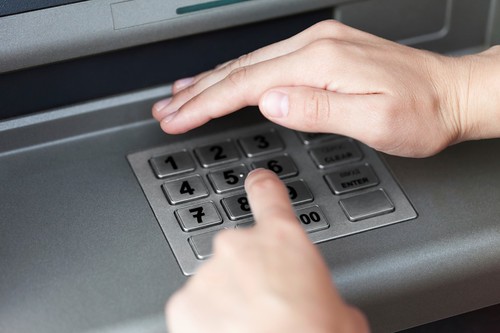 I’m not surprised the bank staff were originally skeptical of the teenagers claims as it seems pretty unlikely a couple of 14 year olds could hack your ATM machines..

A Winnipeg BMO branch got an unlikely security tip from two 14-year-olds when the pair managed to get into an ATM’s operating system during their lunch break last Wednesday.

The Grade 9 students, Matthew Hewlett and Caleb Turon, used an ATM operators’ manual they found online to get into the administrator mode of an ATM at a Safeway grocery store. They saw how much money was in the machine, how many transactions there had been and other information usually off-limits for the average bank customer.

“We thought it would be fun to try it, but we were not expecting it to work,” Hewlett told the Winnipeg Sun. “When it did, it asked for a password.”

They managed to crack the password on the first try, a result of BMO’s machine using one of the factory default passwords that had apparently never been changed.

They took this information to a nearby BMO branch, where staff were at first skeptical of what the two high-schoolers were telling them. Hewlett and Turon headed back to the Safeway to get proof, coming back with printouts from the ATM that clearly showed the machine had been compromised.

Of course back in 2008 there was the famous ATM hacker ‘Chao’ who gave out a bunch of ATM hacking tips.

ATM Hacks have been around for a long time in various forms (skimming being the most common) – and they will continue to be around.

The teens even changed the machine’s greeting from “Welcome to the BMO ATM” to “Go away. This ATM has been hacked.”

The BMO branch manager called security to follow up on what the teenagers had found, and even wrote them a note to take back to school as explanation for why they were late getting back to class.

According to the Sun, the note started with: “Please excuse Mr. Caleb Turon and Matthew Hewlett for being late during their lunch hour due to assisting BMO with security.

Ralph Marranca, a spokesperson for BMO’s head office, said no customer information was exposed when Turon and Hewlett probed the ATM’s system. He did not immediately respond to questions from Postmedia News about what steps the bank is taking to ensure security at its thousands of ATMs across the country.

I just hope this incident gets enough press that it alerts other banks to audit their ATM Security and ensure they aren’t using the default administrator password.

Of course the Retards category sees a fair number of ATM related requests too.